What’s coming out in 2011 that looks like a winner?

Quite a lot as it happens.

END_OF_DOCUMENT_TOKEN_TO_BE_REPLACED

Some games arrive out-of-the-box as truly masterpieces in their own right, some small few transcend even this status to become legendary as a result of the modding tools provided, and the gamers who are inspired to go even further. If there could be just three games from times past that are without doubt legendary in this respect then they would be; Operation Flashpoint from Bohemia Interactive Software, Morrowind from Bethesda Softworks, and Medieval: Total War from The Creative Assembly. All three have used this success to create enduring franchises, Armed Assault, The Elder Scrolls, and Total War series respectively, and all three have either recently released a game from the franchise, or are just about too, or expected to announce one shortly shortly, and more importantly all three of these franchises will make use of Downloadable Content, or DLC as it is known. 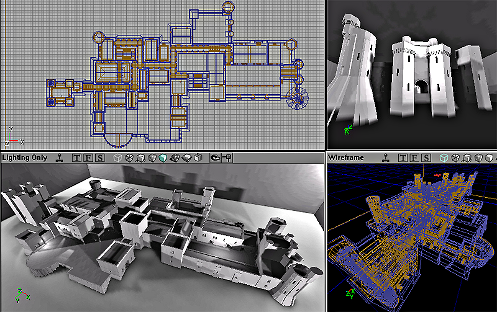 DLC creates a problem for developers like these however; how do you persuade your consumers to build up a tolerance to continual micro-payments when their attention is focussed on what the mod community is cooking up……… for free?

END_OF_DOCUMENT_TOKEN_TO_BE_REPLACED

This post is something of an aggregate update to previous articles written on gaming topics, due to recent news on a DRM free experiment and increased hope for linux gaming.

END_OF_DOCUMENT_TOKEN_TO_BE_REPLACED

Somehow, no matter how many “will 20xx be the year of Linux” articles get published every year, the moment never seems to arrive and why is that? Linux has been packaged into great consumer desktop OS’s for at least six years, and by that I mean that even a novice could use it. Since that point Linux distributions have had a reasonable plug-n-play install experience, there were distros with sophisticated management tools that negated the need for command-line wizardry, the desktop environment was recognisable and usable by windows/mac users, and tools for packaging, distributing and installing apps were becoming common place. This blogger has been using SuSE flavoured distro’s since 9.1 was released in 2004 (thank you Novell for that free promo disk). Arguably, Linux has been a useful desktop OS for even longer, provided you were more technically minded, as can be attested to by the native Linux ports of games like the Quake and Unreal Tournament series which hark back to the end of the 20th century, so what happened……….

Ah gaming, that’s what has been missing from this whole desktop Linux equation, somewhere along the line it all went awry, the games dried up and somehow the great desktop revolution never happened. After all, we all know you can browse the web just fine under Linux, they even have flash support, just as we all know that the desktop experience is pretty polished these days, and that there are some truly stellar apps which compete toe-to-toe with the best windows and Mac equivalents, even better, you never have to worry about viruses or trojans, but what is that without games!