Previously I have held to the view that the Iraq war at the same time as Afghanistan has threatened to wreck the traditional British consensus on liberal intervention. I saw parliamentary control of war as being the best mechanism we have to ensure an active foreign policy in future, it represents the best opportunity we have to keep the public engaged in what Lindley-French describes as our missionary Foreign Policy. From the point of view of an effectively communicated geopolitics I was happy see the PM retain this power, but feared it would only be a faster route to Belgium.

However, Alistair Burt has given me pause to reconsider, and to refine my thoughts on Parliament’s role.

END_OF_DOCUMENT_TOKEN_TO_BE_REPLACED

There is a great deal of sound and fury regarding the Israeli boarding operation of the Gaza aid flotilla, largely because of the violence involved and death of around a dozen of the activists on board. Two of the key points of criticism prevalent on the internet thus far that the boarding operation was illegal because it was in international waters and possibly even an act of war against a Turkish flag-carrier, and that the action was both unjustified and disproportionate, as usual it isn’t that simple. 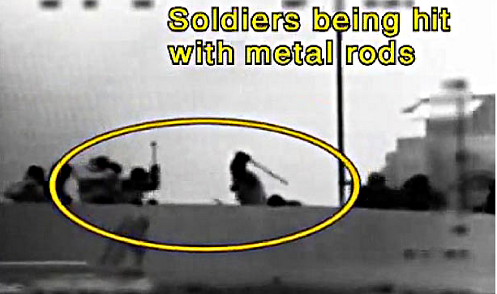